Although 2021 has been the year of learning F# for me, I was recently approached by a company looking to have me do some part time work in C#. As I find the work they’re doing to be quite interesting, I’ve spent this chilly Saturday in February working on a small project in C# to get myself back into the groove of things before diving into the project next week.

I’m a big fan of Google maps (I’ve used it extensively for years to explore all kinds of places!), and recently I’ve become interested in the Open Street Map (OSM) project and the work being done on it. While browsing for some OSM related projects, I happened to come across this Github repo which contains center lines, track widths, and race lines for a variety of automotive racetracks across the world. According to the readme file, The original center lines were fetched as GPS points from the OpenStreetMap project, and the author applied a smoothing algorithm to the center lines of the track.

As I’ve mentioned in a few previous articles, I’ve been doing quite a lot of experimenting with iRacing telemetry lately. In keeping with the theme of racing, I decided to create a small program which creates a PNG map of my hometown Formula 1 circuit, Circuit Gilles Villeneuve in Montreal, Quebec. The end result looked like this: 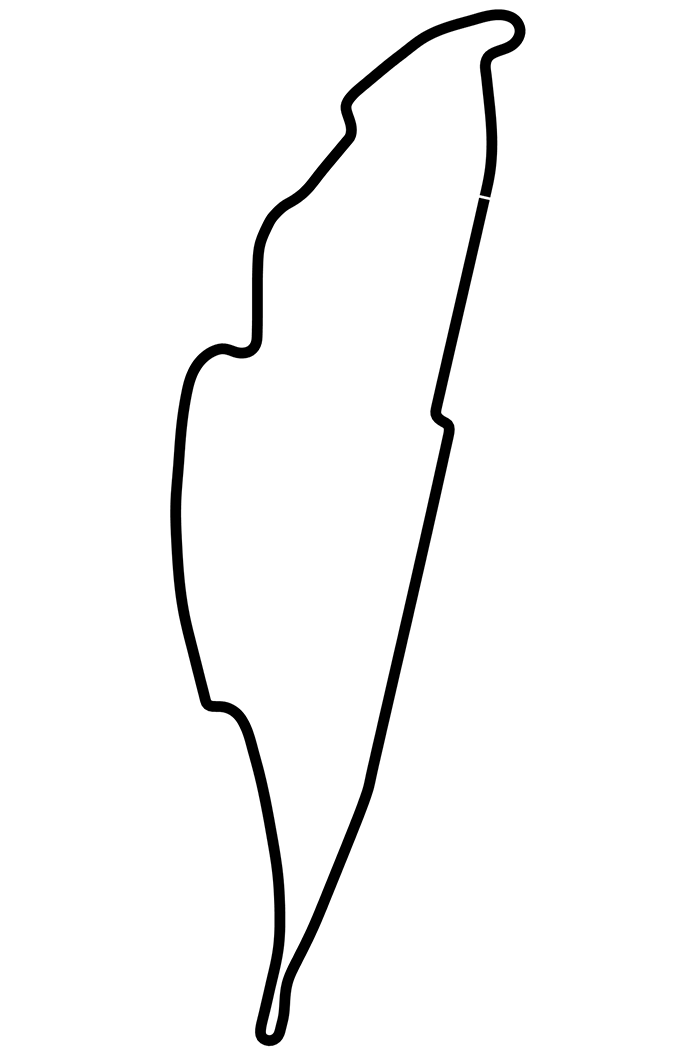 Parsing the CSV File with CSVHelper

The first step of the project was to download the track data for Montreal here. Upon inspecting the file, it contained four columns; the center lines (x, y), and the track widths to the right (w_tr_right) and left (w_tr_left). As I wanted to keep the project fairly simple, I only needed to make use of the X Y center lines which I could then plot.

In order to parse the data, I grabbed the terrific CsvHelper library from NuGet. Next, I created a new Track class in order to model the data that I needed from the Csv file:

I also edited the column headers of the X & Y coordinates to make things more readable:

With the track class in place, the next step was to load the Csv file using StreamReader and parse it with CsvReader. In doing so, I made use of simplified using statements (introduced in C# 8) to load the file inside the program’s entry point:

The resulting trackValues variable is an IEnumerable of type Track which would form the basis for plotting the track.

The System.Drawing.Common namespace by Microsoft provides access to GDI+ graphics functionality. Making use of System.Drawing would enable me to create and export the resulting track plot to a PNG file.

Since the System.Drawlines() method requires the use of an array of Points to draw an image, the first thing I needed to do was to create a list to store the GPS coordinates, add the coordinates, and then convert that list to an array of Points. In C#, you cannot change the array size once is created, and so its easier to start with a list and then convert it using the ToArray() method. Below my trackValues variable, I added the following lines of code:

Note that as the GPS coordinates are floats, I’m using PointF as opposed to Point here.

With an array filled with our GPS coordinates in the proper format, the next step was to setup the look and feel of the image that we’ll be exporting. Below the above code, I added in the following lines:

Although this code is mostly self explanatory, note the use of TranslateTransform here. Originally I had omitted this line, and kept running into an issue where I could only see a tiny bit of the plot while doing some test renders. This is because the view defaults to (0,0) and most of the GPS coordinates are in the negative. By using TranslateTransform(), I was able to change the origin of the coordinate system by prepending the specified translation to the transformation matrix of this System.Drawing.Graphics.

The final step was to draw the racetrack and save the resulting image to a file like so:

The process of reading a CSV file of GPS coordinates, drawing them, and then saving the result to a file was a painless process in C#, and this was a fun project to get my brain used to the syntax of C# again after having spent the past few months working in F#. Going forward, it could be interesting to take into account the track widths and plot the ideal racing line inside of them, but that’s a project for another day!

One additional item to note is that System.Drawing is not recommended for use in ASP.NET projects, as per Microsoft:

“The System.Drawing namespace is not recommended for new development, because it’s not supported within Windows services, ASP.NET Core, and ASP.NET. Attempting to use System.Drawing classes within one of these application types may result in run-time exceptions and diminished service performance. Recommended alternatives include ImageSharp, SkiaSharp, and Windows Imaging Components.”